EoD margin collection in derivatives segments shall be based on fixed BoD margin: SEBI 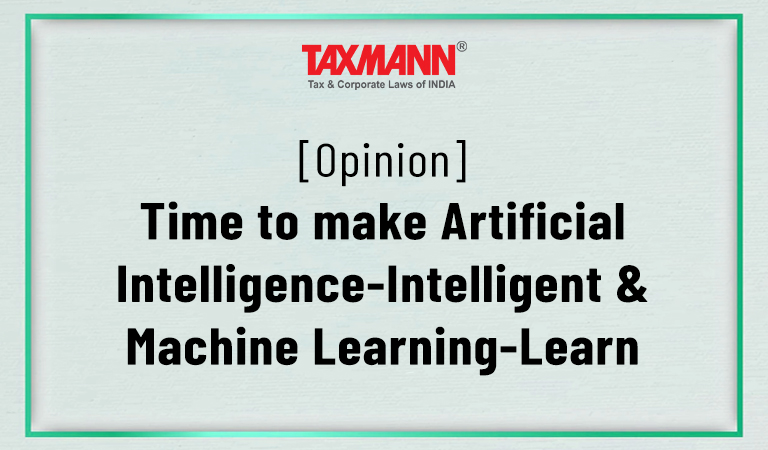 Well, no need to worry Friends, I am not going to discuss the general theoretical and cliché debate of ‘Man vs. Machine’ here. But the topic of my interest is the critical and significant issue of mechanical ‘Summary Assessment/Intimation Orders’ u/s 143(1) of the Income Tax Act, being churned out by the income tax department, using artificial intelligence (AI) and machine learning (ML) techniques, and as duly evidenced by some real-life practical case studies, which I am going to deliberate upon, in this taxalogue.

The due date for tax audit and return filing in respect of non transfer pricing cases for FY 2021-22, has already elapsed, and as per official data, almost 6.5 crore returns have been filed, uptill now, for the AY 2022-23.

It is really commendable that in many cases, the returned incomes have been accepted by the income tax department and refunds due, if any, have also been very timely processed. I have myself witnessed ITRs filed on 31.10.2022 being timely processed and refund intimations issued on 4.11.2022 itself, and so the CPC Bengaluru definitely deserves a whole-hearted applause for its sincere efforts.

Yet there are real-life testimonies of cases where the phenomenon of issuance of mechanical summary assessment/intimation orders u/s 143(1), raising exorbitant income tax demands, has also been witnessed by many taxpayers and tax practitioners.

At present there are five operative sub-clauses in clause (a) of subsection (1) of section 143 of the Income Tax Act, which provide for the processing of return of income on summary assessment basis by making adjustments by way of disallowance or addition in the returned income of taxpayers on account of any arithmetical error or any incorrect claim, or disallowance of any loss/specified deductions in case of a belated return, or disallowance of any expenditure or increase in income, indicated in the audit report but not taken into account in computing the total income in the return.

It is pertinent to mention here that the sixth clause providing for addition of income appearing in Form 26AS which has not been included in the return of income, has fortunately been made inoperative w.e.f. AY 2018-19 onwards, in the aftermath of several High Courts on PAN India basis, taking a strong objection to such mechanical approach of making an addition.

However, the remaining five sub-clauses in section 143(1)(a) still remain in the Legislature, causing a cause of concern and undue hardships to the taxpayers in several cases.
A few of such real-life practical case studies pertaining to some mechanical summary assessment/intimation orders u/s 143(1)(a) of the Income Tax Act, being issued by CPC Bengaluru, very recently for AYs 2021-22 and 2022-23, are being discussed and analysed here as under:

In my humble experience, out of the five sub clauses in section 143(1)(a), sub clause (iv) in respect of disallowance indicated in Tax Audit Report, is being used more frequently by the CPC in raising demands, in the Intimation Orders.

Error Description: There is inconsistency in the amount of profit chargeable to tax under section 41 as specified in return and in audit report.

So, the Tax Auditor, bound by his reporting responsibility has to report all such amounts chargeable to tax u/s 41, irrespective of the fact that whether such amounts have already been credited by the taxpayer in its P&L a/c or not.

In this case also the assessee has duly credited the said amount of trading liability written back in its books in its audited P&L a/c and has duly recorded and disclosed this amount as a separate line item in Part A of the Schedule P & L in its return of income for the subject financial year.

The assessee has duly filed its repeated online responses to the same query contained in the earlier preliminary notice proposing the said adjustment, categorically stating and evidencing the aforesaid facts that the amount mentioned in the Tax Audit Report in respect of write back of liability u/s 41 has already been taken into account in its computation of income in its ITR and has been offered for income tax in the Return of Income and as such this adjustment is resulting in double taxation.

The techniques of artificial intelligence and machine learning being deployed by CPC in the processing of the returns are supposed to take care of such misinformed and factually misconceived processing of returns.

In this particular case, only the comparison between reporting in clause no 25 of the tax audit report and clause no 14 of OI Schedule of the ITR has been done by the so called technology of AI & ML. Had such technology really been intelligent enough ensuring fair, correct and lawful processing of ITRs then it would have scanned and recognised the said line item in the P&L Schedule of the very same ITR of the assessee and this addition resulting in double taxation would not have been made by the CPC. 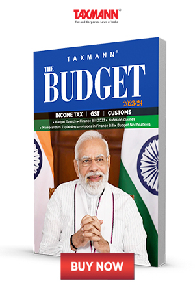 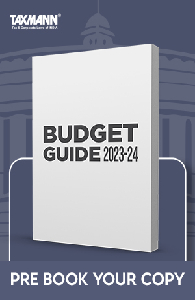 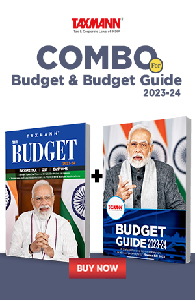