As per ordinance passed by the President of India on 2nd Nov 2018, there were some amendments made to the Companies Act 2013. This ordinance was a result of the recommendations that were proposed in Aug 2018 by Ministry of Corporate Affairs. This made over thirty amendments to the Companies Act and was introduced with an objective to reduce the burden of routine matters before NCLT (National Company Law Tribunal) and strengthen the enforcement against serious offenses.

Key Amendments under this ordinance-

Compliance Requirement for Commencement of business was resolved:

That is the companies that have shared capital and are incorporated after the ordinance came into effect, will have to comply with the below-mentioned norms in order to commence any kind of business or exercise any kind of powers — a) A declaration must be filed by the director of such company within 180 days of incorporation and all the subscribers of the memorandum must pay the value of shares as agreed by them. b) The company will have to file verification of their registered office as required under section 12(2) of the companies act. This provision was inserted under section 10A of the companies Act and was meant to restore the requirement of commencement of business under Section 11 of Companies Act which has been omitted by an amendment passed in 2015.

Dive Deeper:
Everything You Need to Know About Company Laws
Meaning and Characteristics of Companies
The Journey of Companies Act from 1956 to 2021

Additional Grounds were introduced for removal of company from register:

An ordinance to amend the Companies Act was prescribed before a company could commence the business. It empowered the Registrar of Companies to undertake physical verification of the registered office of a company to have reasonable cause to believe that the company is not carrying out any business. In event of these conditions not being fulfilled, the Companies Act has been amended to empower the Registrar to remove the name of the company from the register of companies and send notice to the company and its directors. Section 248 of Companies Act, 2013 have prescribed the grounds for the Registrar to take steps to remove the company from the register and have been modified for the ground under which the company could be removed from registers- In case the subscriber to the memorandum has not paid the subscription, they had undertaken to pay at the time of incorporation and have not even made any sort of declaration 180 days prior to it.  In the company is not carrying any sort of business or its operation and is revealed by physical verification of its registered office.

A person is not eligible to be appointed as a director of a company in case he holds the directorship of the company beyond the permissible limit as per Section 165(1) of the Companies Act and any such change is commenced as per the amendment in Section 164(1) of Companies Act which relates to disqualification for appointment of director. This was done in order to improve corporate governance. 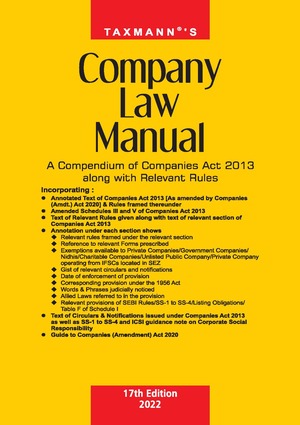 The ordinance also made many amendments in order to reduce the burden of routine matters before the NCLT (National Company Law Tribunal). Section 441(1)(b) of the Companies Act was amended in order to increase the pecuniary jurisdiction of the Regional Director and the Regional Director shall be empowered to compound the offences which are punishable with fine up to a sum of twenty-five lakh which was earlier limited to five lakh rupees. Section 2(41) of the Companies Act had been amended to vest the Central Government with the power to approve any kind of alteration in the financial year of the company while filling any application in prescribed form under the Companies Act 2013. Previously this kind of change in financial year was only applicable if approved by NCLT. Section 14(1) of Companies Act has also been amended to bring Central Government into power to approve any kind of alternation in association with conversion of a public company into a private company. Previously NCLT had to grant approval for such a transformation.

Time Period for Registration of Charges:

The Companies Act mandates that any kind of charges which are created by a company must be registered with the Registrar of Companies in prescribed format and that too within thirty days of any such charge. In case company fails to register the charge within the said period, it can have additional 300 days to make an application to Registrar regarding the same. However, the ordinance has amended the Section 77 of Companies Act which deals with the duty of register charges.  It says that any charge which have been created by a company after the Ordinance came into effect, in case the company falls to register the details of its charges within 30 days, then only 60 more days can be allowed to make an application to the Registrar for the same and that too with the payment of additional fee. In case the registration of charge does not take place even in extended period, then only Registrar could allow it to make an application with further extension of sixty more days.

Empowerment of adjudicating officer to impose penalties and issue directions for rectification:

The Ordinance helps amend Section 454 of Companies Act which deals with Adjudication of Penalties in order to empower the adjudicating officer on directions of Central Government, to impose penalties on the company and to issue direction for its rectification. This ordinance was introduced to have better compliance.

Some examples of changes to penalties were passes in this Ordinance-

Under Section 454A of Companies Act, penalty for second subsequent default by the company and its officer or any other person who have committed within three years of imposing such an order is an amount which is twice the amount of penalty for such a default under the Companies Act.

Penalty instead of fine or imprisonment:

« Looking for tax-saving options for 2018-19? 5 serious tax mistakes that can ruin your finances – Financial Express