What is Income Tax Act 1961? Types and Heads of Income Tax

Income Tax Act, 1961 is an act to levy, administrate, collect & recover Income-tax in India. It came into force from 1st April 1962.
Income Tax including surcharge (if any) & cess is charged for any person at the rate as prescribed by Central Act for that assessment year.  Income-tax Act has provided separate provisions with respect to levy of tax on income received in advance as well as the income with respect of which the amount has not yet been received. A person also has to keep track of his TDS deducted while calculating his final tax liability at the end of the year.

For Income Tax Act 1961, the previous year is defined as the financial year which immediately precedes the assessment year. In case the source of income is new or the business set up is new, the previous year for that entity will start from the date of setting up of that business or profession or from the date when the source of income of this new existence starts and ends in the said financial year. 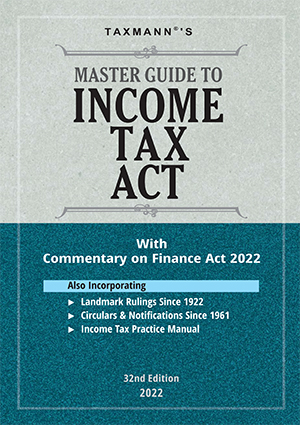 The exception to Previous Year:

These incomes are taxed as the income of the year immediately preceding the assessment year at the rates applicable to such person.

As per the Income Tax Act 1961, the total income of the previous year for a person who is a resident of India will include all his income irrespective of the source of that income which is either received or has accrued in India in the previous year.

However, if a person is not an ordinarily resident in India as per Section 6 of Income Tax Act, 1961, income from the sources which accrues or arises for him outside India shall not be included in total income. In respect of non-residents, any income which is received or arises in India is taxable in India.

Every income arising to any person will always be classified under one of the following headers provided by the Act: –

Income Tax holds its importance for it is the money that tends to support the running of our government. It is one of the major sources of revenue for the government and thus is inevitable not to impose it on the income earned or utilized in the country. It helps meet the funds required to develop the country and other defense-related needs of a nation.
There are basically two kinds of taxes-

Direct Tax is a tax that is paid by an individual or any other person on the basis of his Income. It is a form of tax that is directly paid by the person to the government, i.e., the liability to pay the tax, and the burden of the tax falls on the same person.

Indirect taxes are the types of taxes where the person depositing the tax with the government and the person actually having been burdened by the tax are different. Generally, these taxes are included in the prices of the goods or services which are provided to the people, and then such taxes are deposited by the person collecting the same from their customers. GST is one of the most popular types of indirect tax.

It is the tax that is collected by the Central Government for each financial year levied on the total taxable income of an assessee during the previous year.

Assessment is primarily a process of determining the correctness of income declared by the assessee and calculating the amount of tax payable by him and further procedure of imposing that tax liability on that person.

Assessment year is the 12 months’ period commencing on 1st of April till 31st March of next year. It is the year in which the income of the previous year is assessed.

The definition of Income as per section 2 (24) is inclusive but not exhaustive of the below-mentioned items:

« Section 11 – Income from Property Held for Charitable or Religious Purposes