5% GST leviable on Marine engine and its spare parts supplied for use in vessels: AAR

A successful plaintiff’s attorney drives his $145,000 Ferrari Enzo drives down the streets with a bumper sticker under his license plate saying “ALL YOU NEED IS AN ACCIDENT AND A DREAM.” Living in a luxurious mansion, this attorney, who manages a successful liability practice, flamboyantly advertises on television the slogan, if you’ve been hurt in any kind of accident, you may be entitled to a large cash reward. This slogan catches the eye of a woman who telephones this attorney to explain the injuries that she had recently suffered. A year later, a jury awards $4.2 million in damages to the woman who sued state after she slipped on a snowy sidewalk and damaged a knee joint while chasing her dog.

We have all heard the outrageous stories about the woman who spilled coffee on herself and won millions or the doctor who won millions because his BMW had a bad paint job. Lawsuit abuse is a major problem in our society and results in enormous drain of wealth. In the last 20 years alone, tort fillings have risen 60 percent.

There is a tremendous need to reform tort system because it is currently not working. While some progress has been made on legislative tort reform, there is still a great need for more.

There were over 815,000 new tort cases filed-that’s a new case every thirty-nine seconds. It comes as no surprise that last year, all persons suing, including victims with legitimate injury cases, were forced to wait an average of 65 months to go to trial. Because the courts are overcrowded with frivolous liability lawsuits, those with legitimate cases are forced to wait years. Lawsuit liability abuse is strangling the justice system because all of the courts are clogged with meritless lawsuits. Most personal injury lawyers take cases on a contingency fee basis, collecting one-third or more of jury awards. Under this system, plaintiffs’ do not have to pay anything to file lawsuits. With nothing to lose, some people abuse our legal system by filing frivolous lawsuits in an attempt to get their hands on large cash compensations, delaying justice for those who truly deserve it. 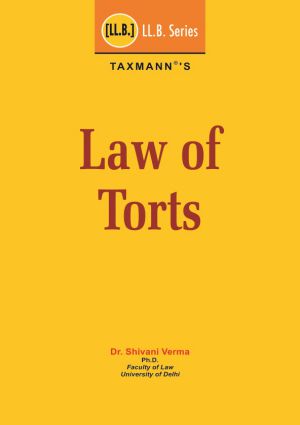 Consumers have to pay thousands of dollars in hidden costs as a result of the tort system. Businesses raise prices to cover their costs of hiring lawyers, fighting lawsuits and paying out excessively large awards as compensation for punitive damages. Here are just some examples of how the hidden lawsuit tax raises the price of consumer goods:
Lawsuits cost the average consumer up to $1200 per year. For instance, an estimated $20 billion a year is spent on unnecessary medical testing procedures to protect doctors and hospitals against malpractice claims. These examples demonstrate that lawsuit liabilities dampen needed scientific innovation and research.
I Believe “lawsuits are as extreme and uncertain as to retard innovation.” With an average of 40,000 product liability lawsuits filed in the Countries every year, analysts predict that almost 90 percent of manufacturing companies will be sued at some point, with significant costs.
The disturbing facts concerning tort system cry out for the need for reform. The country has 30 times more lawsuits per person.  Nearly everyone is hurt badly by the lawsuit abuse crisis. Consumers and small businesses are hit the hardest.
Fear of lawsuits reduces the volunteer workforce on which organizations and many disadvantaged citizens depend. The current civil liability system undermines personal responsibility. Spill hot coffee on your lap? Sue the company that made you the coffee. Your kid misses a pop fly and bruises his face? Sue the volunteer Little League coach. Lawsuit abuse affects virtually everyone, no matter how selfless their work or how important their mission. While schoolchildren often worry about fitting in with their peers, teachers are becoming more and more concerned each school year with the threat of lawsuits.
Many lawsuits against teachers are completely frivolous. For instance, a girl in sued her school and 11 teachers for $6 million after they gave her failing grades for missing more than the maximum number of days allowed. She felt this hurt her chances of getting into college, receiving scholarships, and getting a good job.
The citizens suffer as a whole because of the few individuals who claim outrageous compensation for alleged damages. The future generation of is threatened both mentally (intellect) and physically (health-care). It is inevitable, if ludicrous lawsuit liability practice continues that fewer and fewer individuals will aspire to become teachers and doctors, which are two occupations that are a dire necessity for the nation’s future success.
The problems created by the current tort system are harming the economy and society. While the legislative attempts at tort reform are deserving of credit and support, they are unlikely to solve the problem. Virtually all of the outrageous judgements in the involve decisions made by juries. Unfortunately, many talented lawyers have the ability to convince juries to punish the impersonal large corporate defendant to compensate a perceived victim. Today’s times need to carefully debate and consider whether to adopt the English type system whereby firstly, civil cases are not decided by juries, but rather by judges, and secondly, those who file lawsuits and lose are required to pay the legal fees and other costs of the winning party. If we were to adopt these simply rules, the problems with the tort system would be significantly reduced. Thus, I believe that the law of torts in order to avoid future misfortunes should first overcome the limitations.

« ALL ABOUT DEFERRED TAX ASSET